You are here: Home › The Casual Dog Productions Blog

Or is it a new camera?  The new Red Hydrogen One phone is intriguing…  And apparently real, not just vaporware.  Holographic capabilities, insane computing power, and more expensive than my first car by far.  Will it lead to a revolution?  Interesting times, at least.

This article by Dan Selakovich makes the strong case for why films benefit from a skilled editor, separate from the director:

Why A Director Shouldn’t Edit Their Own Movie

It boils down to objectivity, to getting away from all the baggage of remembering what happened on set.  He makes a compelling case, and his advice is the conventional wisdom.  It reminds me of WIlliam Faulkner’s advice on editing yourself: “In writing, you must kill all your darlings.”  He meant that you need to let go of your attachment to any one little bit, to focus on the needs of the story.

And So It Begins list of directors who edit

Any thoughts?  I edit to learn, and will hire an editor when I can afford to. 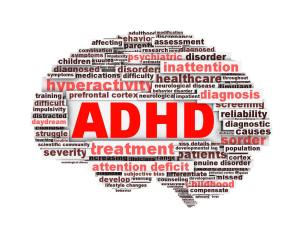 I just saw this article:

It postulates just that – that ADHD may have some incredible positive sides, and that our educational industrial complex ought to accommodate.  It makes sense to me.  Many of my idols had great difficulty fitting in to a 9-5 educational model: Jerry Garcia, Joe Lex, Albert Einstein, Alan Steinbach, Walt Disney, Alfred Hitchcock, Ansel Adams, Whoopi Goldberg, Paris Hilton…

OK, not Paris.  Whats up with her?

Anyhow, it makes sense, right?  Attention flitting back and forth…  The ability to hyper-focus on something you are really interested in.  Very diverse interests…  It fits filmmaking perfectly.  Think about what a filmmaker needs to include in her repertoire:

Geez!  What a diverse list of skills and activities.  So it makes sense, right?  ADHD is an adaptive way of being for a filmmaker.

But where does Ritalin fit in?

I tried it again.  Final Cut Pro X, Apple’s oops of a slap in the face to professional editors and post production workers – especially those who depend on collaborative workflows. One of the basic phases of post production is audio mixing.  As a former audio engineer, this is my comfort zone.  In normal NLEs (non-linear editors), you can export the audio tracks, then bring them in to a DAW (a Digital Audio Workstation) for mixing and sweetening.  In narrative film work, you might also re-record some dialogue (automatic dialogue replacement, or ADR), or record Foley (like footsteps and door slams).  This workflow would be something like: END_OF_DOCUMENT_TOKEN_TO_BE_REPLACED

I was supposed to be editing…  I had been fighting gremlins for weeks – some of my own making, many that appear to be features in Adobe Premiere Pro CC.  You know, Adobe – the company who got themselves hacked, meaning my credit card number stolen, so that I had to update every other utility and such that had that number.  Maybe those folks are onto something, when they advise that your editing machine not be connected to the internet.  But, honest, I was only looking at documentary film related news!

I just saw the list, via the Below the Line newsletter, of the short-form documentary films that will be vying for an Oscar this year.  This is the short list, later to be winnowed to five or so before the Academy of Motion Picture Arts and Sciences votes.   Hopefully, a DVD will be produced that gathers them all for our viewing pleasure.  The whole slate looks intriguing, as usual.  Here are a couple that caught my eye…

I was most intrigued by the trailer for Jujitsu-ing Reality, a short doc directed and edited by Chetin Chabuk and lensed by Chad Mann.  It tells the story of Scott Lew, a screenwriter (most recently Sexy Evil Genius) who continues to write, using adaptive technologies and help from others, while suffering from advanced ALS (Lou Gehrig’s Disease).  I don’t think it looks at what is possible for less privileged people facing such disabilities, but it sounds inspiring.

Another intriguing entry is Cave Digger by Jeffrey Karoff and filmed by DP Anghel Decca, edited by Erin Nordstrom  The film is about Ra Paulette and his ‘art caves’ dug into the sandstone cliffs of Northern New Mexico.  An iconoclast, he is embarked on a decade-long project.  How does he pay for it?

None of these films seem very daring, let alone experimental. But it is the Academy, after all…

Sometimes, you get all wet.

So we did this little shoot.  Three cameras, plus multitrack audio.  Slated most of the takes, like I said…

Here is the workflow we evolved:

We recently did a small multicam shoot for some circus artist friends, and were reminded not to cut corners in prep…  Specifically, don’t rely on software to sync your clips for you!  It is worth taking the time to carefully and correctly slate every take.  Editing, and the entire post process, will be so much smoother if you do.

I have shot multi-cam plenty of times.  My last big project was a school musical: three shows, three cameras per show, plus 14 channels of audio direct to disk with ProTools.  There were issues, there are always issues…  But we were careful to slate every single take, so it moved pretty smoothly.

The biggest hassle with that production was moving audio from Avid Pro Tools into Avid Media Composer!  Yes, I know, same company… The history is pretty divergent, Avid having swallowed ProTools’ creator, DigiDesign, some years ago.  It is a pretty recent development that you can even run Pro Tools and Media Composer on the same computer.  But editing on Avid, then exporting the audio to ProTools, then finally finishing with the mix from ProTools is a pretty standard workflow.  What hung me up at first was trying to go from Pro Tools to Media Composer using AAF files (the OMF successor) that just pointed at the actual audio files on disc.  It is supposed to work, but I couldn’t make it…  Once I gave up and embedded the audio in the multitrack AAF file, it went smoothly.

With this shoot, we were using a similar setup.  Fewer mics, but also lighting the performers in a challenging space.  So when we were ready to role, and the updated version of Movie*Slate wasn’t clapping at first, we steamrolled on ahead.  I figured that software, either Adobe Premiere Pro (where we planned to edit) or Red Giant’s Plural Eyes, or maybe even iMovie Pro X (also known as Final Cut Pro X), would handily sync up the various clips and files.  This was true – but at the cost of hours of mucking around that we would have avoided if we had a good slate for every take.

If you don’t know, the slate, classically using a clapper board, is actually a vital part of film production.  Not an affectation at all.  The slate uniquely identifies each and every bit of film, video, or audio in a production, and provides a precise sync mark for lining things up.  It doesn’t matter as much if you are shooting with a single camera.  But with three separate video clips and three or four audio clips for each take…

All of the software I mentioned can now do what Plural Eyes pioneered: sync all these files up by matching the audio.  Automatically.  In theory…  I have had fairly good luck with Premiere Pro and Final Cut X.  But they are both black boxes – they either get it in sync, or fail.  No tweaking.  Plural eyes is a bit more deep and robust, and this project needed that extra help.  In principle, I should have been able to ingest everything into Premiere Pro, then export a sequence to Plural Eyes, finally re-importing the result.  If only…

First, I ran into a version incompatibility: Plural Eyes doesn’t seem able to read Premiere Pro CC projects, only older versions.  I fussed around with that for a while before I gave up. But I could export a Final Cut Pro 7 XML file from Premiere, then bring that into Plural Eyes. Problem solved….

Then, I ran into some bugs in Premiere Pro.  One of the basic features in a modern non-linear editing program (not just Media Composer or Premiere Pro – also iMovie and Windows Movie Maker and such) is making subclips.  For example, we had let our #3 camera run continuously – it was up in the balcony, after all.  So we ingested that entire big clip, then used markers to cut it up into subclips.  Except Premiere Pro had a bad case of gas over this! Instead of exporting the subclips, it kept sending the entire, original clip.  And Plural Eyes was confused by this big wad of material.

What’s a filmmaker to do?  Well, first I wasted a bunch more time.  Eventually, though, I fired up MPEG Streamclip, the fantastic video Swiss Army Knife by Squared 5.   This gem let me manually create and save subclips, dicing up the original video files, which I then sent to Plural Eyes.  In the end, all but one of the takes were perfectly synchronized by Plural Eyes – one clip in one take I had to do by hand.  That is tricky – one of the aerialists is a violinist, and lining up a legato instrument is much harder than something more percussive (like drums or even piano or guitar).  And, it turns out, Plural Eyes isn’t quite as facile as Pro Tools at zooming in on waveforms.

Now all that needs doing is actually editing!

My first short film, Kid Stuff, featured some guerilla filmmaking – shots of a pawn shop, in particular. So I am always heartened and intrigued to learn of the guerilla tactics of others. This is quite a coup, though: shooting a feature at Disney World!

1) A passing in Chicago: Ronn Pitts

Famous documentary filmmaker Ronn Pitts has died.  A mentor to many, he also filmed many  historic events in his town, Chicago. He is routinely credited with desegregating the Chicago filmmaking and news communities. Some remembrances from Kartemquin films are here:

2) A blow to freedom of the press

A Federal appeals court has ruled that the BBC must hand over its primary footage from a documentary on Yassar Arafat.  This is chilling…

3) A new camera from Arri aimed at documentary filmmakers

Arri have announced the Amira, a $25,000 (without a lens) on-the-shoulder camera with many similarities to the beloved Alexa.  Shooting 2k images to various flavors of ProRes, it will capture up to 14 stops of dynamic range (with log C as well as rec 709 color spaces).  The price may keep all but the best funded away…  More here:

Or maybe more that National Geographic has gone “Reality TV” in their ethics.  In any case, it seems that this Fox broadcast piece on the death of a US soldier was broadcast without much thought or sympathy: