I tried it again.  Final Cut Pro X, Apple’s oops of a slap in the face to professional editors and post production workers – especially those who depend on collaborative workflows. One of the basic phases of post production is audio mixing.  As a former audio engineer, this is my comfort zone.  In normal NLEs (non-linear editors), you can export the audio tracks, then bring them in to a DAW (a Digital Audio Workstation) for mixing and sweetening.  In narrative film work, you might also re-record some dialogue (automatic dialogue replacement, or ADR), or record Foley (like footsteps and door slams).  This workflow would be something like: END_OF_DOCUMENT_TOKEN_TO_BE_REPLACED 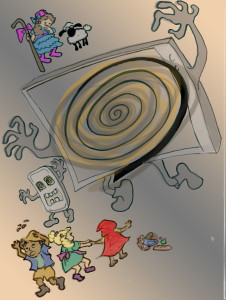